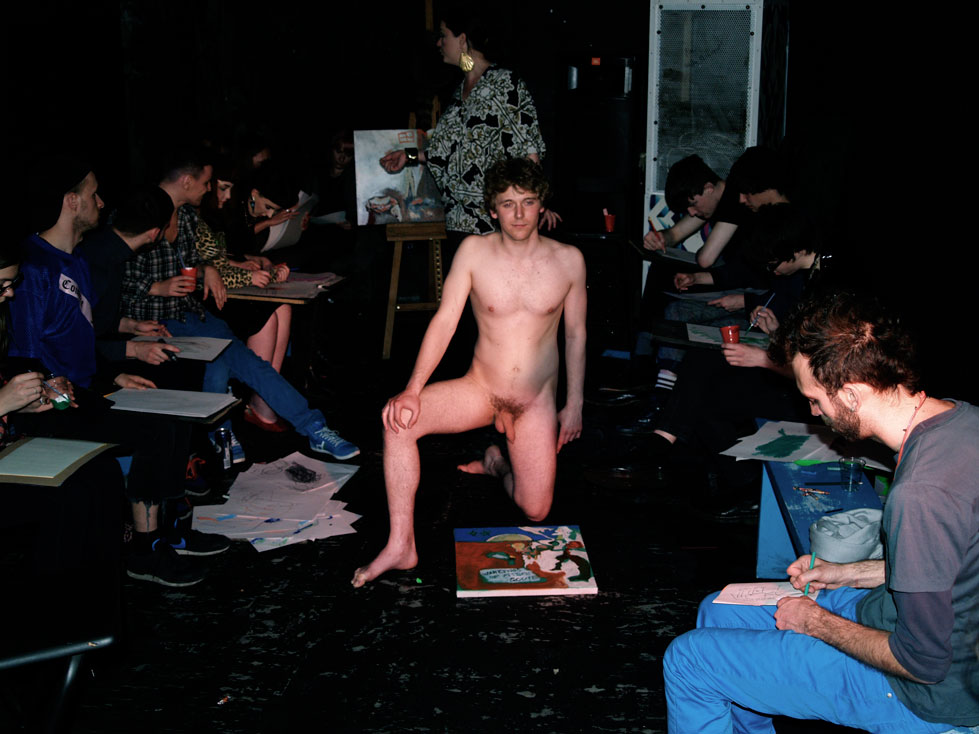 As a means to open up the dialogues of conversation about Bareback sex, I began seeking the research of queer. How can queer methodologies disrupt the organised mechanisms of institutions? One of the artists creating action research in this area was Owen G Parry. Owen disrupted the expectancy of an art organisation by subverting his and its’ practice. In 2015 I performed in Owen’s work at Latitude festival, where we created a mock/fictional band interview and gave turns for the audience to switch places. In 2014, we also performed ‘how to faint’ at a festival in Yorkshire, specifically teaching an audience to faint through a series of steps. This was a specific subversion going against the grain of event planning.

In a workshop lead by Oreet Ashery in 2011, which also included Owen as a research participant, I performed naked and explored the narratives of nudity and religion, developing my perception of nudity for film and 121 performance. I experimented in a 121 performance with Erini Kartsaki, naked in a bath tub. This was contextualised within Oreet’s workshop and the violent rhetoric of Western and Middle Eastern institutions. Erini both drowned and kissed me with intimacy.

The establishment of theoretical love, discussed in philosophy as the State and family through psychoanalytical and enlightenment/colonial thinkers, is presented in my work as an institutional pedagogy. I performed naked in my Bachelor’s Degree to present my rejected dissertation, formed as a semi fictional text with quotations and citing’s (instead of an factual essay) about an imaginary family/group of asylum seekers (and illegal migrants) encountering ‘Touched’, the public art biennial in Liverpool in 2010. The structure of the text was used to illustrate complexity and I developed Queer Methodologies of Performance, including Nudity.

My motivation for creating live art life drawing performance workshops is also part of an exacerbated process of displaying my own paintings. As a live artist and painter I struggle with accessibility to art and fear that paintings may not meet the spectatorship of their community. Subverting the life drawing workshops or any other kind of performance, be it cabaret or theatre, to show public art in the form of a collectible asset to a collective audience is important. It questions whether art should be sold to the communities. It is a contract of engagement between audiences, collectors and artists.