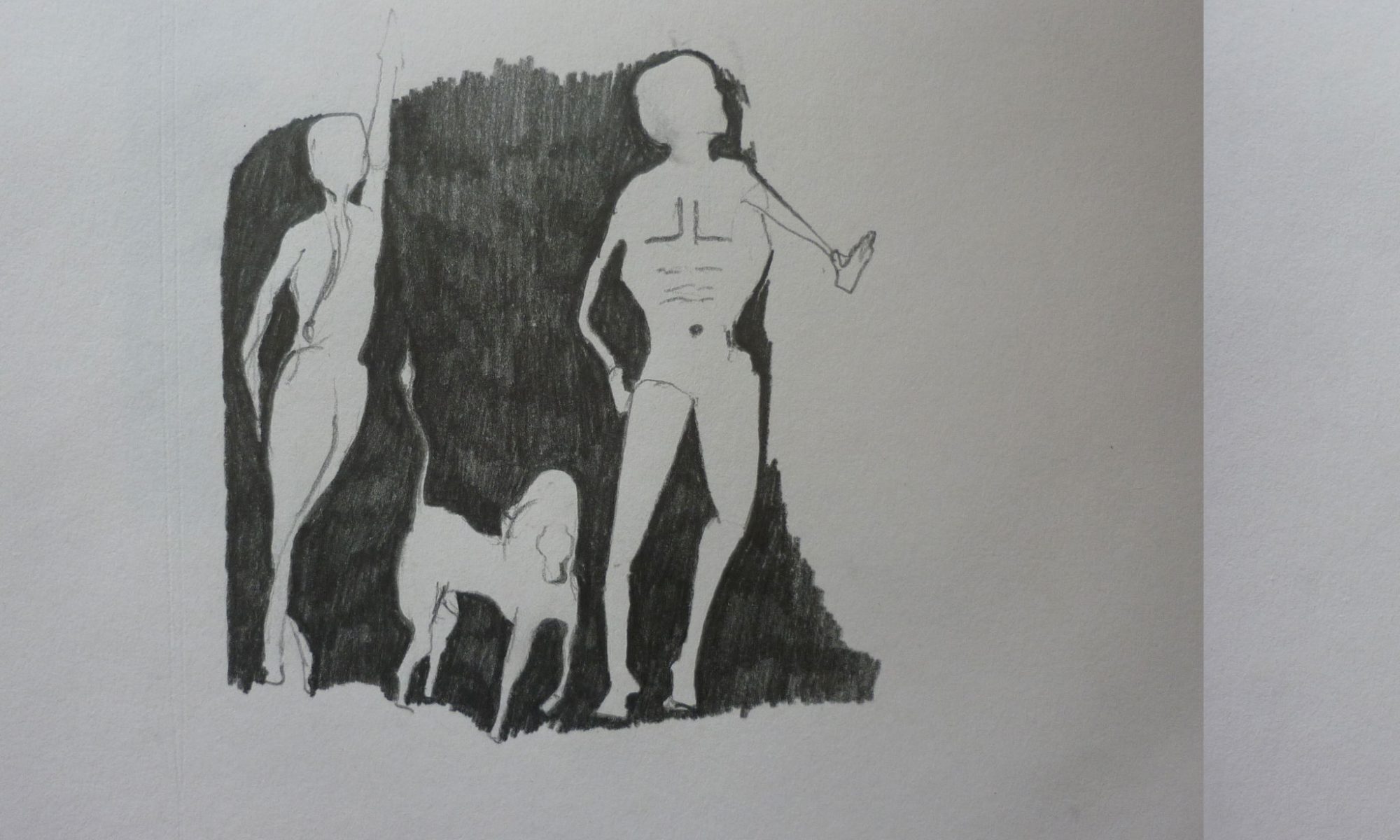 The text develops as a queer methodology of language, bodies and encounters, and is empathetic to the ‘inclusiveness’ of Public Art. During the narrative, a group who have sought ‘Assylum’ in the UK explore the Liverpool Art Biennial ‘Touched’ (2010). The groups own subjectivity is explored as an exhibit: the artwork in the Biennial is described along with the groups impression of the queer art work.

The essay will commence in hypothetical talk which can be pragmatic at times. It will attempt to make use of a particular topic which you will find particularly interesting by the end of the discussion. The Essay will conquer known imaginings of theory, attempting to reproduce and in some instances practically adapt theory of any kind relatable to the object and making objects.

Abstracting thought will determine one particular motif in a mindfield of possibility. It will run down practically through concept ornomtaeopic in description. It attempts to underlie or parallel decsions made about ddecision making; letting loose and interfering are all parts of the article. I hope that by reading this article you will be informed but do not expect to know what.

Dancing… it must dance with the sound of delight. It must move through the oxymoron’s. It must hit the topic hard centere. Dash – wham – bang. Crash as the subject commences.

It is a way of moving through objects. Negotiating itself to the interior of a tunnel ceiling. It moves fast underneath the tiles selected to retain the heat. Water flow, water runs along the tunnel to remove heat from inside. Heat energy is substituted to the water. Water is flushed down a system with it’s effect to remove heat. It is entropy but the system dismays little thought of this. In fact is owns this and subjects it to the movement and benefits of the people. The specialism built for the mpeople to move along this hot and airless tunnel.

They move; speaking to each other; they move. Underneath the heat energy and magnetic flux moves from the wheels. It sparks. There may be too much static but this will not occur on a professionally crafted line. Instead what will occur is assylem seekers may enter because they have not been designed into another system. They have not been dettetorialized or perhaps they already are.

“Don’t move they say”, as they are afraid of the dark.

It is dark outside and the trees grip like opaque colour over a dark background. The sun is moon. The moon is failed. The people listen to the calls outside but again these are in another tong. The train goes by beating its sound.

And very rightly so there is a white box camera that looks like the head of R2D2.

“Move aside. Move aside!” The old gent says.

“Please sir, Please no, have patience. Wait a while longer”

The boy then realises that the gent must be mad as home is far away and tea is something far out of the concerns of everyone else there. But every one is different.

“Wait a while longer. Don’t go. Please.” Shrugs the boy. He would like to get to know this chap a little bit further. Maybe even paedofillia. Ostensibly the man leaves.

The sky is bright in its night appearance and the land is long and green and luscious with grass. The landscape fills canyons with hills that mound up to form a moundy landscape. There is no more room in the UK; for the sun and the horizon take it all up. There is only enough room for this collection of people – or a family.

What happens now is that we determine the democracy of the group. Who is the leader. Who plays the part in the decision making. Plato’s dialogue “The republic” merges Socrates the tutor of Plato within the dialogue. It is a contemporary discussion of politics within philosophy. The leaders are discussed as teachers and these teachers discuss decisions. The leaders however are philosophers.  The discussion is three thousand years old. Plato, who could be the narrator, Socrates the old man but let’s assume that we do not conclude this argument. Instead we continue with the argument.

The old man walks, bends over. The boy shrugs. He is not interested.

In this setting the family have just come off the line. They have come out of the tunnel and into the world. They are appropriated. They are subjects. They have become the world because there is a two and thro of their understanding of it.

What makes them so special is that they can enjoy the flavours of a workable life, deep down between the valley and the green hills. They can live, they can play in the open, sparse land and the seeting of the open ground. It is hope. They have reached this place. Never like it before and never like it again. Marvelous. Wonderful. They can play naked games and games in clothes such as kiss chase. They can run. God they can run; as fast as they need to and as far as they need to. This place is just so open that they can run to infinity and to the horizon.

The boy hits the girl on the shoulder – “tag – your it”

“No im not”, shouts the young woman. She is not in the mood for such games. Her smile smirks the lower part of her face to give her the appearance of a cleff lip. She contorts herself for no reason. Frustration pours out of her fist as she holds a static punch in the direction of the ground. She stands straight: arms beside the side. It is not often that the children play games.

“Daniel. Enough of that.” Says the figure who appears as the father.

The family of assylum seekers are now in Liverpool. They have come just in time to experience the life of the Biennial. The city that brings a considerable amount of investment since the .. award. The four assylum seekers walk around. They are met by a sword. The sword of Kris Martin

“Made of bronze and stainless steel, and seven metres in length, this larger than-life physical realisation of a mythical motif finds a piercing point to cut through and touch our innermost imaginings.” (Lewis Biggs, p72. Liverpool Biennial of contemporary art ltd 2010)

The old grandfather looks up with an age of mythology. It shines down at him with silver light. The child runs around below the centre as It pierces the sky and fixes its point on the floor. There is no good.

Moving on from the exhibition the child takes a sword left in one of the give-a-way boxes used to promote the spectactle. They move to Alfredo Jaar and the cinema.

Touched is a spectactle that aims to engage with the public. It has a social span. Art on the Underground is a little bit like it. (EXPAND) It is dogmatic. It showcases art work brought from the gallery and makes public domain art. It does not belong to another fabric and is within its own context. Do not look it up or you will find a revolution. The fabric of the underground is such that it works with an organisation.

Now that the assylem seekers have entered the exhibition within the main hub, they are out casts. They are perceiving a world which enhances world mobilization but they are not part of the theory. They are objects within a world that is so much focussed on the outcome that it no longer exists with them. Instead they could be brightly coloured boxes.  They are the poor people of the city and in the UK their invaluability is their own beacon and the curse elsewhere. Now they watch Ryan Trecartin’s film. The family gather around a white, round table with egg like stools. They engage with the film. The child sits on the brown slats. The mother stands behind a chair putting her hands over the rimm of the egg. Now look! What has happened is that the child is actually on the other table. Ryan Trecartin has set up the same scenario: there are chairs infront of the video to group and engage the family, but the child is left out. No matter. He is watching a better film suited to him about sex, homosex and hetro-sexuality. He is on his own and whitnessing this spectacle. Ryan Trecartin acts drunk in his video. A girl stumbles and falls. She wears a wig in an androgynous kind of way.

The boy is inflicted with content from this social space. It is supported by the Arts Council and the Liverpool Biennial. It is a work of art. He looks at it in confusion as it dominates his face. The space around him is empty. Architectually it is just a basement with firedoors at one end and at the other, an open corridor. The space is poor. It is finished with plain wood to cover holes in the walls and is left in its derlict state with nothing to suggest otherwise.

Note that the engament of the family is funny. They are created to describe an argument and calculate the head space required to base the context for this open thinking. Description of the landscape is made so that it will enhance the idea of the family as objects, reflected at a later discussion with the Liverpool Biennial and Daniel Burren (More and more, the subject of an exhibition tends not be the display of artworks, but the exhibition of the exhibition as a work of art.).

The next stage of the article will consider particular mannerisms of public space.

Though the latter two prepositions do contradict each other, the essay will show reasoning for both.

The girl moves over to the boy on the table. In the family of convicts or soon to be assylumers, they slowly gather around the table, attempting to understand this level of freedom of speech. The girl answers to the boy feverourishly but says nothing. There is nothing to be said but stunning shock. There is only a bench table in this room and the family of assylumseekers stand around.

“What to do?” they ask but they can’t grasp the subject and it’s function within this festival. Why is it there?

The only thing stopping them from leaving is the table, which is kindly placed either by the curator or the artist. It is like a moth to a flame, keeping the group tight together as nobody likes to be isolated. Instead they sit and watch. They accept Ryan Trecartin’s dialogue.

The film is in such quick motion. Subtitles hit the screen in elementary bubble writing. Words splat on to the screen, infront of the sexy and provocative actors behind. They scant in hand crafted costumes which substitute the type of look found with sling leathers.; except these are coloured material and bold. The actor campily throws his fist as one might attempt to throw a javeline, and lands slappily three foot from his victim who sorrily answers the gesture with a wipe on the cheek. The actors storm around the bedroom set. The bed is in the corner. It has leopard fur and an actor sits on it. The boyu next to him – the one making the unswift punches – storms from foot to foot. He is skinny and cunnily sexy. The family watch: transfixed on this way of life.

There are no upcoming events at this time.